The Balance of Push and Pull

Sometimes, perhaps out of nothing more than habit or lack of awareness, we find ourselves pushing or pulling against something when no real force is needed.

Join me this week as we consider ways of flowing with our lives instead of against them, regardless of what’s happening around us.

I smile each time I remember the story of a man in a small town who stopped a young boy to question him. Wherever the boy went, he dragged a long piece of rope behind him. Because the man had never seen the boy without it, and because the rope had nothing attached to it, his curiosity got the best of him. One day, as the boy walked by the bench in front of the hardware store, the rope sliding along on the sidewalk behind him, the man spoke up.

“Son,” the man asked, “how come you to always be pullin’ that rope behind you?”

Shading his eyes from the sun as he looked at the man, the boy said, “Mister, y’ever try to push a rope?”

That story reminds me of the book, Don’t Push The River (It Flows By Itself), written by Barry Stevens. First published in the early nineteen seventies, the author chronicled her own process of personal growth and how she came to understand that life has its own flow and its own pace, regardless of how hard we push against it or try to change what’s happening.

I’ll admit that it took me a while to learn the truth of that. 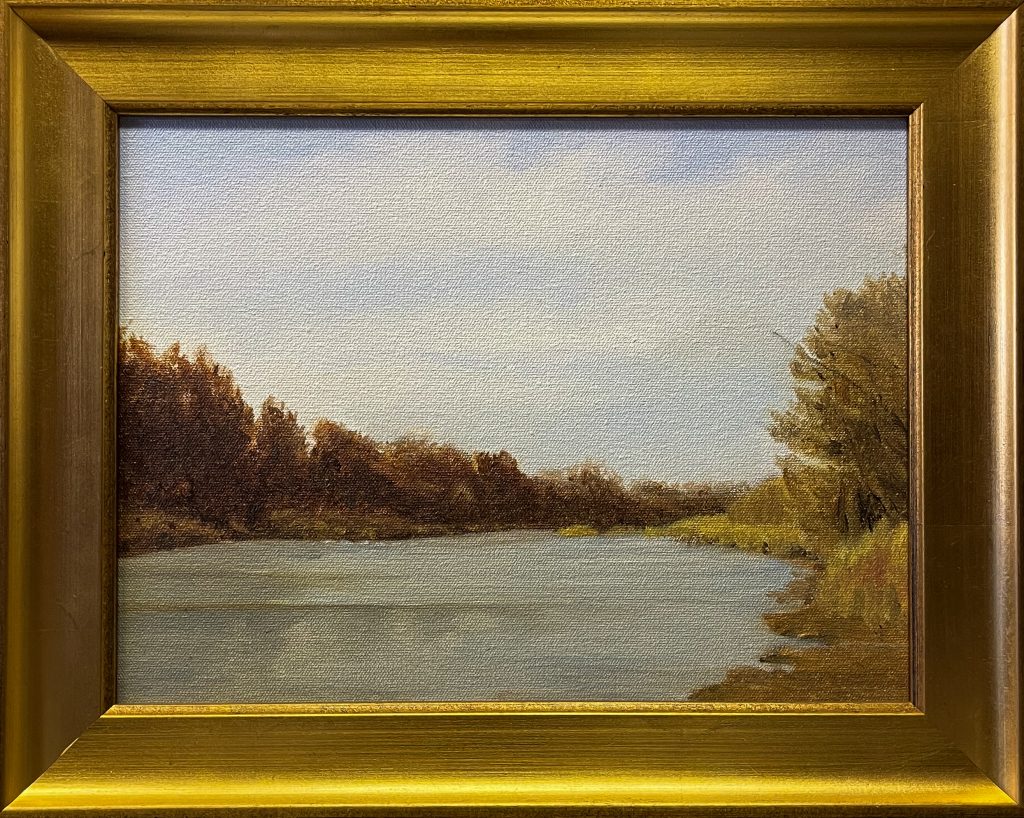 I think of a day several years ago when I was in a hurry to get to my office but couldn’t get into the building because one of the side doors refused to open. No matter how hard I pushed, it wouldn’t budge. Convinced that it was stuck, I put my shoulder against it and pushed even harder. While I was pushing, a man I worked with stopped beside me and silently pointed to the one- word sign beside the door’s handle.

Laughing at myself, I was grateful for my friend’s sense of humor and for his refusal to judge me for my lack of attention. For a long time after that, whenever we saw one another he would quietly ask, “Are you pushin’ or pullin’ today?” I took it as a reminder to lighten up and do what I could to move with my life instead of resisting what was happening or pushing against it.

That was an especially significant time for me since I had begun the slow and sometimes painful process of healing from major surgery, a thing I was powerless to alter or hasten. The best I could do was “be with” what was happening.

As time passed, I became increasingly aware of the internal pushing and pulling I had done for most of my life. I liken it to being in a constant tug of war with no one on the other end of the rope. There was only me, tugging away and growing more sore-handed and frustrated and exhausted as I kept relentlessly pulling against phantoms.

Letting go of the “rope” was one of the first important steps toward my own liberation. For me, the “rope” was nothing more than a set of old ideas that things had to be a certain way. I can’t say what it might be for you, but you can.

For the sake of clarity, I’m not suggesting that we become complacent and do nothing at all, though there may be occasions when deep stillness is called for. There are also times when taking action is necessary. The question is one of balance. Just this morning, I wrote to a friend in Oregon that if we want to make a French omelette, there are shells to be cracked and eggs to be frothed to a light and golden smoothness. As an accomplished chef, he understands that the result of such culinary tumult is a savory delicacy that can be delivered to the table in no other way.

All that shell cracking and egg whipping notwithstanding, it’s important that we work with the ingredients and with the process. Too much pressure as you crack them, and you’ll have egg and bits of shell running between your fingers and spilling onto the counter. Too much pressure as you whip them, and the same thing will happen. Relax and apply just the right pressure and you’ll experience a sense of mastery that leads to something deliciously worthwhile.

Last week and this, as drama continues to unfold surrounding the American presidential election, I’ve been counseling with people who report and demonstrate a range of responses from mild fascination to strong concern to fear and anger to extreme personal distress.

Some are quietly watching. Some are choosing to be in personal retreat. Some are considering what right actions may be taken. Others have shut down psychologically and emotionally. Still others are doing their best not to react while they regain a sense of personal balance.

Most are fully aware that they can do nothing to change what’s happening on the national stage. In my conversations with them, I recommend looking inward for balance and peace, and starting with mindful actions and equally intentional stillness from the inside-out.

That leads us to this week’s three Beautiful Questions.

One: In what ways have recent events been affecting you?

Two: In what ways have you been pushing or pulling against them?

Three: In what healthy ways might you step back and “let go” for a while before you choose your next best step, even if that “step” is to do nothing more than remain calm and still inside?

Write and tell me your thoughts about it. I’m always willing to listen.

I’m grateful that we’re connected in this way and I continue to renew my commitment to listen even more deeply and to speak to what is relevant for all of us. Thank you for joining me in these podcasts as we do what we can to respond to life in more effective ways.