Stepping Out Of Fear’s Shadow

It can be easy to allow our fears to overshadow our days and nights, robbing us of peace and clarity, especially when we listen to the world more than our inner awareness.

Join me this week, as we consider steps for walking out from under the shadow of fear and back into our own lives.

Hang on! There’s one coming over.

Nothing else in all the world sounds like a B-52. Nothing! I can’t think of a more powerful or frightening symbol of my childhood and teenage years.

When I tell people that I grew up in a nuclear family, I’m not referring to the way we were all together in one household. I’m talking about growing up in the home of a career Air Force pilot whose job in the Strategic Air Command was to fly nuclear weapons to far-flung places should America go to war.

During the Cold War, the level of military readiness was so high and the tensions so great, that when the Air Force went on alert, my father could go from the couch in our living room to the cockpit of his B-52 in under eleven minutes. By the time he reached the flight line, his bomber was ready for takeoff and fully armed. The sky soon be thick with the smoke of a dozen others as they lined up, one behind the other, and took to the sky less than thirty seconds apart. The sight and sound of it was truly sobering.

I now live a couple of miles southwest of that same base and hear jets flying overhead at all hours. Growing up near air bases, my sisters and I became accustomed to the sound of the bombers and tankers and fighters that were constantly training and practicing. I can’t say that we ever talked about it, but we were each painfully aware of what would happen should their training become the “real thing.” Our fears remained nameless, but ever-present.

Speaking of the cold war, when I was in the fifth grade, my classmates and I were put through the “duck and cover” drills that were a common feature during that time. We were told that if a nuclear attack was immanent, we were to get under our desks and kneel with our faces to the floor and our arms wrapped around our heads.

Knowing the sheer pointlessness of that, I refused to participate and stayed in my seat.

When my teacher insisted that I get under my desk, I solemnly informed her that Carswell Air Force Base here in Fort Worth was at the top of Russia’s list of military targets, and that if we were attacked, our school and everything and everyone in it would be instantly vaporized. She flinched when I said it.

Tears rolled down her cheeks when I explained how I knew that to be true. The rest of the students were still on the floor when she slowly sat back on the edge of her desk, shaking her head as she cried.

By then, I was beginning to grow outwardly numb to the possibility of what loomed beneath the nuclear shadow. Quite often, though, I awoke in the middle of the night from nightmares in which the whole world had been set ablaze and everything I could see was in ruins.

Trembling, I would sit up in the middle of my bed, soaked with sweat and unable to release the scream that was lodged in the back of my throat. It happened so often and so vividly that I stopped telling my mother about them and kept my galloping fears to myself, where they exacted a heavy toll that lasted for years.

Somewhere my thirties, the nightmares stopped, but my awareness of the madness of nuclear war never ended and never will. It doesn’t take a genius see the truth of such films as Dr. Stangelove (1964) or Fail Safe (also 1964), or War Games (1983) in which America’s fictional defense computer exhausts itself with hundreds of apocalyptic scenarios and finally says,

“The only winning move is not to play.”

Over the years, those words have echoed in my mind, and yet here we are again as global powers act in ways that put the world and all of its people at risk. Just as I remember happening during the Cuban Missile Crisis, people with the courage to speak are voicing their fears about the escalating conflict and about their feelings of powerlessness to change what’s happening on the global stage. In counseling sessions, they tell me that they are losing sleep and the ability to focus, and I listen from a deeper place of understanding than I can convey in words.

That being said, what must we do to step ourselves out from under fear’s shadow?

The first step is to notice where we are and to become consciously aware of what we’re thinking and feeling and doing.

As you already know, much of what we feel is driven by what we tell ourselves consciously or unconsciously. As a boy, I convinced myself that the world was going to end in a nuclear holocaust at any moment. The emotions that followed created a constant undercurrent of terror that all but swept me away again and again as I described when I talked about my nightmares. The shift came when I changed my thinking to something more realistic and healthy.

The next step in walking out from under the shadow of fear is to bring ourselves back to the immediate present.

My friend and world-class fiddler, Ross Holmes, has the inside of his left arm tattooed with the reminder, “Be Where Your Hands Are!” (See Episode #199, Be Where Your Hands Are) I remember my own counselor helping me “come home” years after I had returned from Southeast Asia. “Right here and right now,” he would ask, “are you safe?” It took a while, but I eventually realized that in the present—in the place where life really happens—I was in no real danger. My perceived “danger” was nothing more than a set of mental constructions that didn’t reflect my actual state. 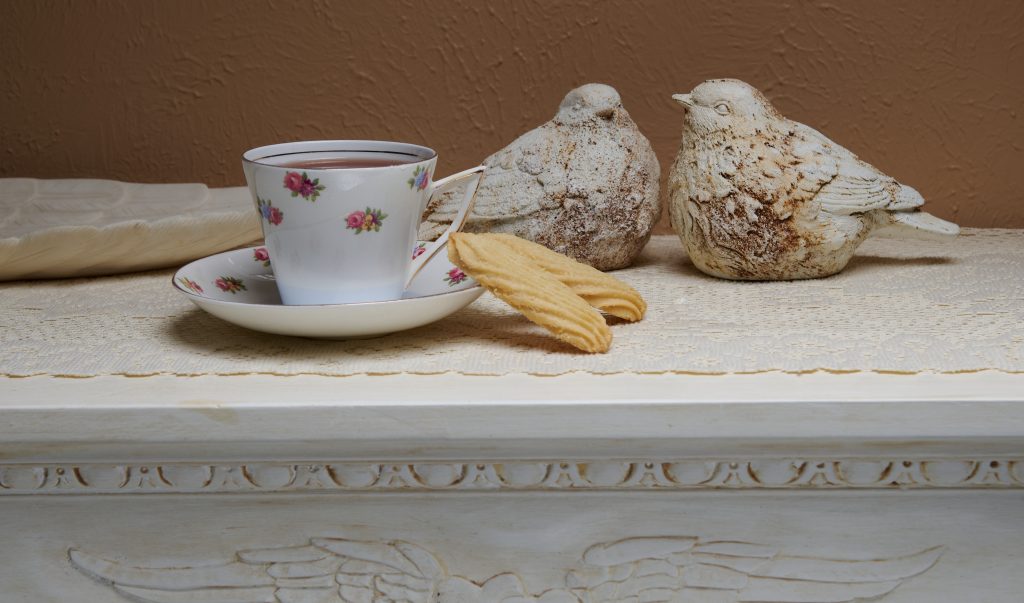 The third step is to identify what is healthy and good for us in the present moment, and to give ourselves what we really need.

It doesn’t matter if it’s a nap or a glass of water or a conversation or a moment of meditation or doing one load of laundry or making a beautiful meal or taking a walk or stopping to stare out the window for a while. Whatever it is, do it as mindfully as you can, staying in the here and now and bringing your full awareness to it. You’ll soon find yourself so invested in the present that fear will have no longer have a place in you. There won’t be room for it because you’ll be busy doing what serves and nourishes and re-focuses you. The light in you will gradually overwhelm the emotional and mental darkness you’ve created, and you’ll return to clarity.

As that happens, you’ll rediscover that you are stronger and more powerful and more flexible and more incandescent than the sum of your fears.

This week’s Beautiful Questions are designed to help you walk yourself out of fear and back “home” to the light within yourself. Take your time as you consider them. There’s no need to hurry.

Question One: What is frightening you right now? Be bold enough to name it.

Question Three: What simple and specific steps will you take this week to repeatedly bring yourself back into the present?

As always, I look forward to hearing your answers to these important questions. Write and tell me about them.