Wouldn’t it be interesting to be able to quantify how much of what we think and believe about ourselves is our own and how much of it came from sources outside us.

Join me this week as we consider what judgment produces and ways of letting it go.

Like it or not, from the day we’re born, and perhaps earlier than that, we’re shaped by the ideas and attitudes and opinions and judgments of the people around us. That would be great if those things were always healthy and accurate. But all too often, they’re anything but good for us.

Like lumps of clay, especially when we’re young and impressionable, we gradually take shape under the influence of those who communicate with us.

Here’s a brief but pointed story about that. 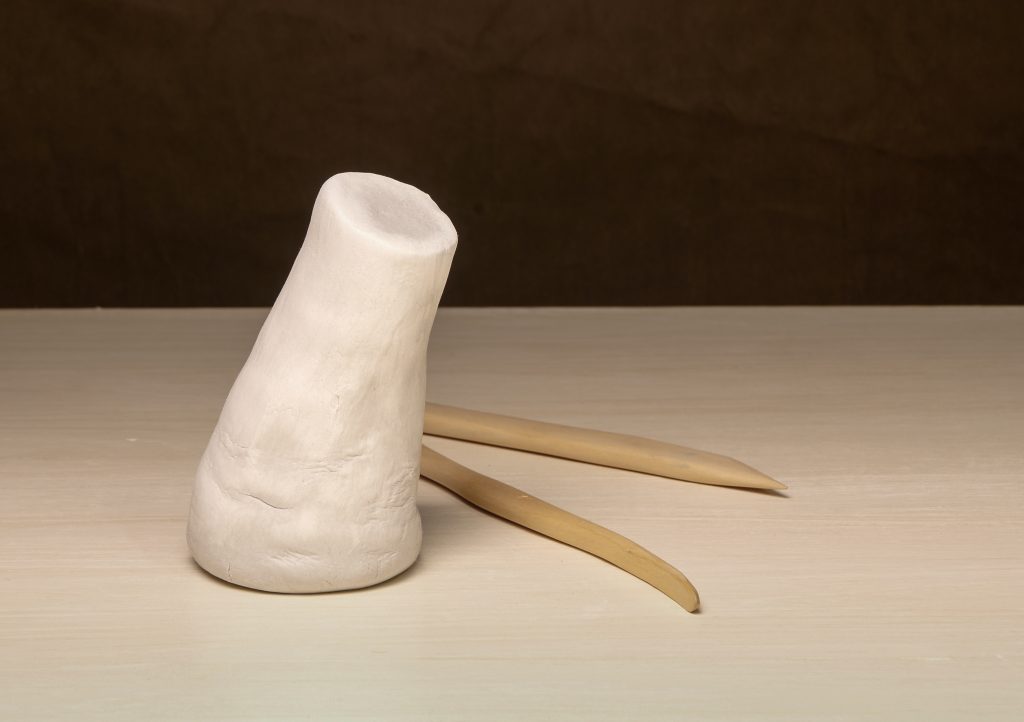 The assignment in my fifth-grade art class was a simple one. After giving each of us a lump of clay about the size of a baseball, the teacher said, “Make something beautiful with it.”

Most of the kids busied themselves making bowls or baskets or other figures. Not sure what to do, I sat at the table turning the clay round and round in my hands. Then, without really thinking about it, I rolled it into a cylinder that was wider on one end than the other. Seconds later, I stood up and plopped one end of it onto the table with a loud “thump!”

The result was a broad-based, narrowing cylinder that was flat and slanted at the top.

I was about to pick it up and do something else with it, when I sat back down. The shape of it pleased me, so I sat there quietly looking at it while the other kids kept working. Satisfied that I’d fulfilled the assignment, I smiled, knowing that I had made “something beautiful.”

When the teacher saw that I wasn’t working with the clay, she walked over and asked me why I stopped. I told her I was finished and that liked what I had made, adding that I thought it was pretty. Clearly exasperated, she said, “But, you can’t be finished. You haven’t made anything.” “I did what you said,” I told her. “I made this! I like it.”

Scowling at me, she gave the first critique of my art that I can remember.

“Well, that isn’t art,” she said. “All you did was throw it down onto the table. You didn’t actually do anything with it.” I fumed at her, but I didn’t say a word. Feeling that I had somehow failed, I grew angry and frustrated. The teacher walked to her desk and wrote a note to my parents, insisting that I take it home and have them sign it and bring it back. The note said that I was uncooperative in her class and refused to complete the assignment she’d given us.

At the end of the day, I climbed into my mother’s waiting car in front of the school and told her what happened in the class as I handed her the note. She read it and instead of driving me home, turned off the ignition.

Sure that I was going to be reprimanded, I sullenly followed her into the school and down the hall to the art teacher’s classroom. To my surprise, instead of scolding me, Mother backed me up. She told the teacher that she, of all people, should know that like beauty, what constitutes art is also in the eye of the beholder. “If Scott thinks what he made is beautiful,” she said, “then he did exactly what you asked him to do.”

When the teacher shrugged, but offered no response, Mother wadded up the note, dropped it into the wastebasket, and said to me, “Let’s go.”

It still touches me that once I glazed and fired it and glued a piece of felt on the bottom of the finished piece, Mother kept that odd-shaped little sculpture for years. Who knows how differently things would have gone had she sided with the teacher instead of supporting me.

Naturally enough, what happened in my art class that day was only one of countless times when someone judged me or what I had done. During the years that followed, I seldom had someone come to my defense or speak on my behalf. Taking in what others told me as fact, my views of myself and the world around me changed accordingly. And as they did, I began to see myself the way others saw me, even though they didn’t really know me.

I wonder how many people have faced harsh criticism or judgment without ever challenging it? And as a result, how many of them have come to believe things about themselves that were never true? How many have quietly put away more and more of who they knew themselves to be?

Earlier this week, I was counseling with a young woman who has grown to question or doubt herself in a number of ways. She told me she feels guilty or selfish when she asks for what she wants. Bowing to what her parents and others demonstrated to her, she grew increasingly numb and developed the habit of putting everyone else first. As you might imagine, that led to a deep sense of frustration and personal shut down, which she is now working valiantly to change.

Imagine constantly second-guessing yourself even though you know yourself from the inside-out, and even though you have a built-in right to what you authentically need and to the way you genuinely want to express yourself.

How much smaller do our lives become when we constantly bow to the judgments of others?

It might be useful to think about some of the ways you’ve altered or perhaps set parts of yourself aside in efforts to please other people or to fit in. How often have you silenced yourself instead of speaking your mind when you knew what was true for you? How many things have you kept yourself from doing because you were afraid of what others might think or say? How much unnecessary pain have you experienced?

If you’re ready to change that, this week’s four Beautiful Questions might be useful. Here they are.

One: In what ways have you bowed to the judgments of others, and what has that produced in your life?

Two: In what ways do you judge yourself and what does that produce?

Three: What will most likely change when you stop accepting the direct or indirect judgments of others?

Four: What might you do this week to directly challenge those judgments and let them go once and for all?

As always, once you’ve spent some time with the questions, I’d love to hear what answers arise for you. Write and tell me about them.

Thank you again for joining me in these podcasts as we keep doing everything we can to respond to life in increasingly effective ways. As always, I’m open to your comments and feedback.