Join me this week as we consider one of the finest things we can do when we engage with someone in conversation. Stay with me. 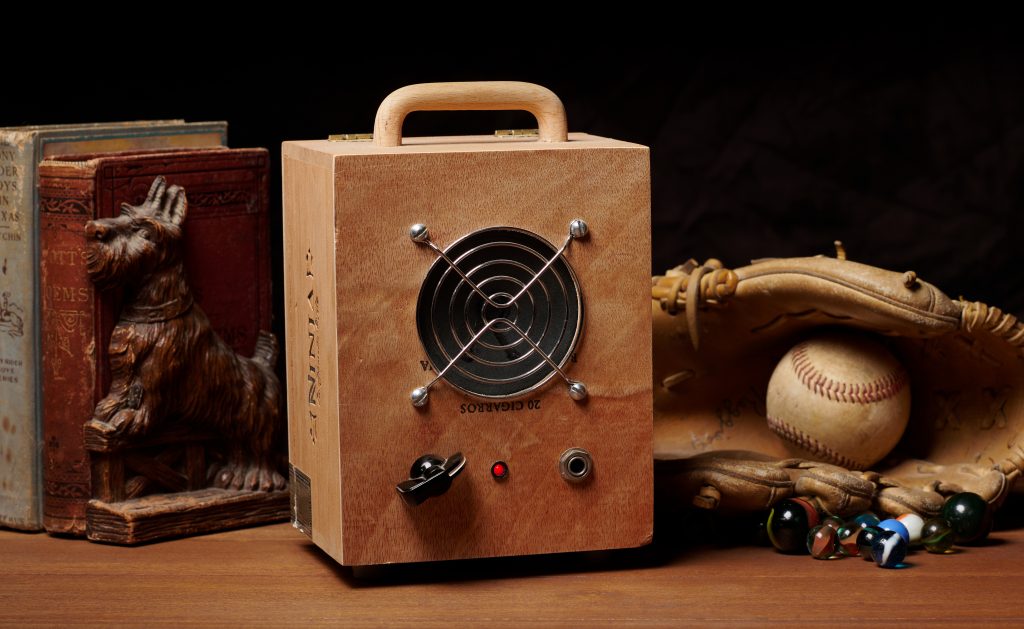 Growing up, I built several crystal radios from plans I found in my father’s electronics magazines. I even built a tiny one inside a fountain pen. In the quiet of my bedroom, with a small earpiece pressed to the side of my head, I strained to hear what was playing on the radio stations I tuned in. During that same time, I occasionally sat by my father as he used his high-powered receiver and transmitter to talk with people all over the world.

Slowly turning a dial on his desktop, he would rotate the antenna atop the sixty-foot tower that stood beside our house. As he did, the voices slowly becoming clearer through the static and background noise. I didn’t know it then, but those were some of my first lessons in deliberate or intentional listening.

When we’re awake to them, we’re given opportunities every day to listen more carefully, not only to what’s being said, but to the things that are unspoken behind or beneath the words. In fact, one of the most soulful and important things we’re capable of doing as human beings is the act of profound listening. Each time it happens, a two-way gift is exchanged that enriches both the speaker and the listener.

No doubt, you’ve been in conversations where it was obvious that the other person was so tuned out that they were incapable of hearing you, at least in that moment. For whatever reason, the things you were saying didn’t register with them and more than likely, you felt walled out and invisible.

On the other hand, most of us have known times when it was abundantly clear that the other person was so present and was listening so intently that we knew we were heard and understood. We knew true communication was taking place.

The contrast between those two experiences is one I repeatedly ponder.

In previous episodes, I’ve spoken about the radical medical treatment that took a powerful toll on me years ago. In the middle of that frightening but life-saving process, my heart and mind were opened by two simple words. When I heard them, I knew the person speaking them was completely present with me and that he genuinely wanted to hear everything I had to say. The effect it had on me was utterly remarkable.

“Tell me,” he said as he leaned closer.

His earnest response catalyzed something in me that allowed my healing to begin. Deeper than my conscious understanding, I knew I was safe enough to speak one of the hardest things I’ve ever had to say. I knew he was really listening. I knew I would be heard without judgment. And I knew it was finally time to release what I’d been holding so tightly inside myself.

Before that day, I hadn’t been able to find language deep enough to express the terror I felt. Added to that, I didn’t want to say anything about my own fears that would frighten my parents or sisters or close friends. In my innocence, I was trying to protect them.

When I finally said it out loud, I wasn’t offered advice or told how to feel. Instead, I was quietly encouraged to keep talking as he took in everything I told him. The experience was so life-altering that I not only began to heal but was also inspired to listen to others more carefully than I ever had.

When I ponder that shift and all that continues to grow from it, I think of several counseling clients who told me that the hour we spent together was one of the best they’d ever experienced. In each case, I hardly spoke a word. I chose, instead, to stay focused and practice profound listening. As I did, something meaningful opened in each of us.

It’s in the stillness of active listening that we engage the part of our innate awareness that is deeper than words or conscious thought. As I’ve written before, it’s from that still and quiet space that clarity arises. It’s from that space that we’re best able to hear ourselves and the ones we’re communicating with. I’ll go so far as to say that it’s within that space that something transcendent becomes possible.

Accomplishing that is elegantly simple, but not necessarily easy, at least not in the beginning. It requires that we set aside our cell phones and anything else, either external or internal, that’s tugging at our attention. We put down our mental shopping lists and our concerns about the details we have ahead of us for the day. We set aside our repetitive thoughts and the endless judgments that are dancing through our minds. We let all the noise go by like so much traffic, paying no more attention to it than cars passing by on a side street as we sit on a park bench.

In short, and with no force at all, we allow everything else to fall into the background as we become increasingly present.

As a playful exercise, I invite you to give your fullest attention to the sounds around you. Whether it’s a bird in the distance or music playing in the next room or the sound of the washing machine or the sound of the lawnmower outside, what qualities do you notice about the things you’re hearing? What other sounds do you hear? What nuances are there and what do those nuances tell you?

After you’ve done that a while, it might be interesting to expand your experiment by listening intentionally to the people you’re speaking with. What qualities or subtleties do you hear? What is being expressed that is more than just the words they are speaking? It fascinates me that the word “listen” and the word “silent” are made up of the same letters. It might be interesting to discover what your inner silence allows you to hear.

That brings us to this week’s three Beautiful Questions.

One: What internal or external distractions keep you from listening deeply when you’re in conversation with someone?

Two: What might you do to eliminate or ignore those distractions?

Three: What differences do you notice within yourself and the people you’re engaged with when you’re actively listening?

As you sit with these questions and the answers that naturally arise as a result of asking them, write and tell me about them. I’m always listening.

Thank you for joining me in these podcasts as we keep doing what we can to respond to life in increasingly effective ways. As always, I’m open to your comments and feedback.