Lessons from a Feather and a Teacup

Can you think of a time when you thought you knew or understood something, but didn’t bother to look deeper? Can you think of what happened when you closed yourself off to something because you’ d already created a story about it in your mind?

This week, we’ll consider what naturally changes when we intentionally open our minds and allow ourselves to learn something new. Stay with me.

As we neared the section on Zen Buddhism in one of my seminary classes on world religions, the professor stopped me in the hallway and asked if I would give a presentation on Zen awareness. He knew I’d been studying about it on my own, so I happily agreed to offer a couple of examples.

On the assigned day, he turned the class over to me and took a seat as I silently walked to the front of the room holding something wrapped in royal blue silk and tied at one end with a gold cord. Carefully placing the bundle on the desk, I quietly unwrapped the fabric to reveal a large brown feather which I held up in front of me by the quill. Turning it slowly, I could see the light from the window passing through it and growing more translucent toward its trailing edge. I could also see the tiny barbules that knit the individual barbs together in such a way that they acted as one, making flight possible.

After a few moments, I silently offered it to the first person on the front row and made a simple gesture, indicating that I wanted her to look at the feather and pass it on. I can’t say whether or not my classmates were comfortable with the silence that followed, but I was pleased that not a word was spoken for several minutes as the feather was passed from one person to next, each taking their time to study or feel what they were holding. It fascinated me that more than one of them closed their eyes and gently felt the barbs, making sure not to ruffle or disturb them. I remember thinking that it was like watching a child discover something for the first time.

When I was sure everyone had touched it, I softly said, “You’ve handled the feather. Now tell me about the bird.” As I expected, their answers were colorful. Describing the feather as “beautiful” and “remarkable,” they agreed that because the feather was nearly a foot long, the bird had to have been a large one, perhaps an eagle or a large hawk, calling it “strong” and “majestic” and “graceful” and “noble” and “powerful.”

It was only when the last of them had spoken that I told them they’d been holding a buzzard feather that I found below a cliff near the Brazos river, a place where they roosted by the dozens in the high trees. A few people laughed. A couple shook their heads. One challenged that I must be mistaken. Another excused himself with a distressed expression on his face and left the room to wash his hands. For the record, I carefully washed and dried the feather before presenting it to the class.

“Can you see,” I asked, “that before you knew any of the particulars about the bird, your mind was open, and you were aware of the beauty and strength and grace you described? Yet as soon as I told you it was a buzzard feather, your judgments rejected it, not because it was ugly, but because of the stories and preconceptions you hold about vultures. Deferring to what you think you know, you dismissed everything that is beautiful and even miraculous about them.”

Near the back of the room, the professor was grinning.

“Is it possible,” I added, “that what we think or believe often gets in the way of what can yet be discovered? And is it also possible that our habits of judging ourselves and other people keep us from really knowing or embracing the person behind the preconception?”

Looking at their faces, I could tell that some of them were considering what I was saying. Then it was time for the second example, which would be briefer, yet no less revealing than the first. After the first demonstration, I was sure I had their attention.

Before the class members arrived, I put a fine china teacup and saucer and a teapot in the cabinet beside the door. They watched as I placed the cup and saucer near the front edge of the desk and then slowly filled the cup to the rim and kept pouring, intentionally spilling tea into the saucer before I set the pot beside it. 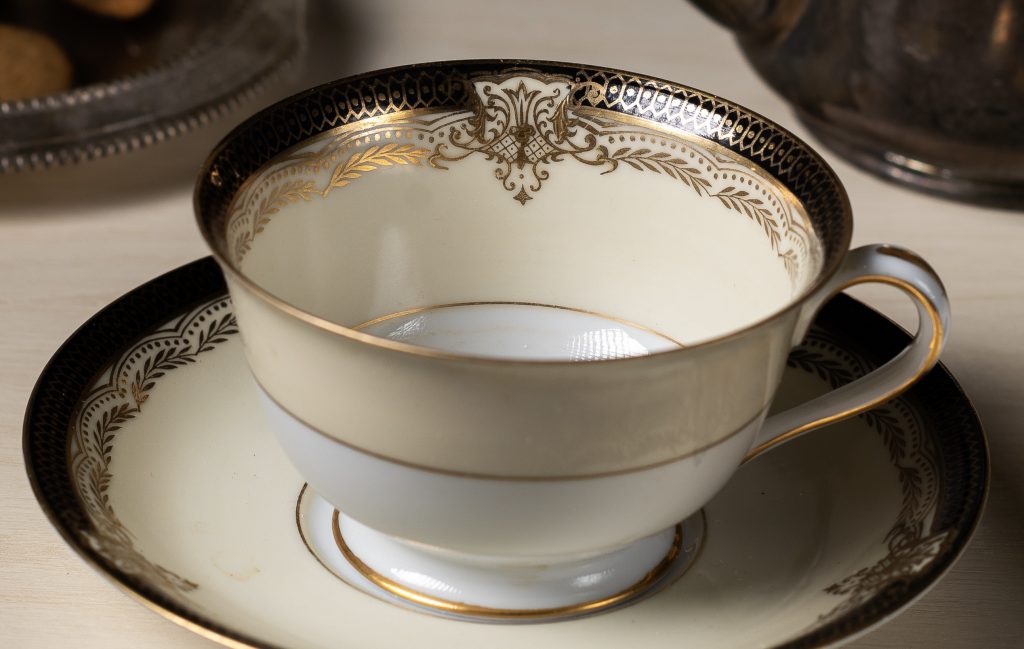 “Were you watching?” I asked.
Several of them nodded in consent.
“Is anyone willing to fill this cup without touching it?” I asked.
I received a number of perplexed looks, but no volunteers.
“No?” I asked.

When no one raised their hand, I chose a classmate to come up and join me, repeating my request that he fill the cup without touching it.
“I don’t understand,” he said, looking down at the cup and then out at his classmates as though a trick was being played on him.
“Just fill the cup,” I repeated, shrugging my shoulders as though I was asking him to do the easiest thing in the world.
“I can’t,” he said.
“Why not,” I asked. “It’s a simple request.”
“The cup is already full,” he said. “I can’t put anything else into it. There isn’t room.”

As a couple of people chuckled, someone sitting by the windows spoke up.
“You’re talking about the mind, aren’t you?”
“Explain,” I said.
“If our minds are already full—If we’ve already decided that we know someone or that we completely understand something—we’re not going to learn anything new.”

Without a word, I smiled and poured what was in the cup and saucer into the wastebasket, then set them back on the desk and turned to the student who was still standing beside me.
“Now?” I asked.
Taking his time, he carefully poured tea into the cup, stopping just before it was full.
“Like that?” he asked.

The discussion that followed was heartful and self-revealing as several people shared examples of what happened when they had made up their mind about something or when they had pre-judged someone or experienced the undeserved judgment of others.

Isn’t it amazing what powerful things can be shown to us by something as simple as a feather or a teacup when we’re ready to see them?

This week’s Beautiful Questions are about allowing ourselves to return to that kind of openness.

Question One: Are you ready to release some of your preconceptions today, or at the very least, are you willing to consider them for what they are?

Question Two: What will most likely happen when you choose to look at something or someone as though it was the very first time?

Question Three: Can you think of a time when you closed your mind to someone—perhaps yourself—because of an idea or a pre-judgment you were holding?

And finally, Question Four: What would have been different had that restricting idea not been there?

As you consider these questions, write and tell me what reveals itself. Like an empty teacup, I’ll keep my mind open.