There’s a timeless maxim that says: “You can bend, or you can break.” When I stop to ponder that, I think of some of the people I know who are able to laugh in the face of adversity and how healthy they are.

Join me this week as we consider the healing power a sense of humor offers us. Stay with me.

As a medic in combat, I learned quickly that if I could get a wounded soldier to laugh, he wouldn’t go into shock or I could get him out of shock. When I came home, I let life get in the way and all but forgot the healing power of laughter. Spending a quiet summer as the student pastor of a historic church in Arkansas helped bring that back.

One of the people who helped do that was Homer Northam. A fourth-generation farmer, Homer was the leading elder of the church and took me under his wing as a way of guiding and shaping me. Of all the marvelous qualities about him, it was his dry sense of humor took me completely by surprise.

When we met, Homer somewhat sternly laid out his expectations for me. “In my day,” he said, “a preacher worked to earn his keep. If it suits you, you can work with me on my farm.”

There was no way I was going to pass up an opportunity like that. As it turned out, Homer proved to be one of the best and wisest teachers I’ve ever met. He also had more than a few tricks up his sleeve.

Late one afternoon, having just finished our chores for the day, Homer and I sat on the high steps of his front porch drinking tea from Mason jars. When a car came through the gate and rolled slowly up the long gravel drive that led to his house, Homer bumped my knee with the side of his.

“Church people,” he said in a hushed voice, naming the church he thought they were from.

Sure enough, four men from a church on the outskirts of town stepped out of the car. Dressed in suits with wide ties, they nervously toed the ground for a while. When he was finally able to get the words out, one of the men took a step forward and spoke for the others. 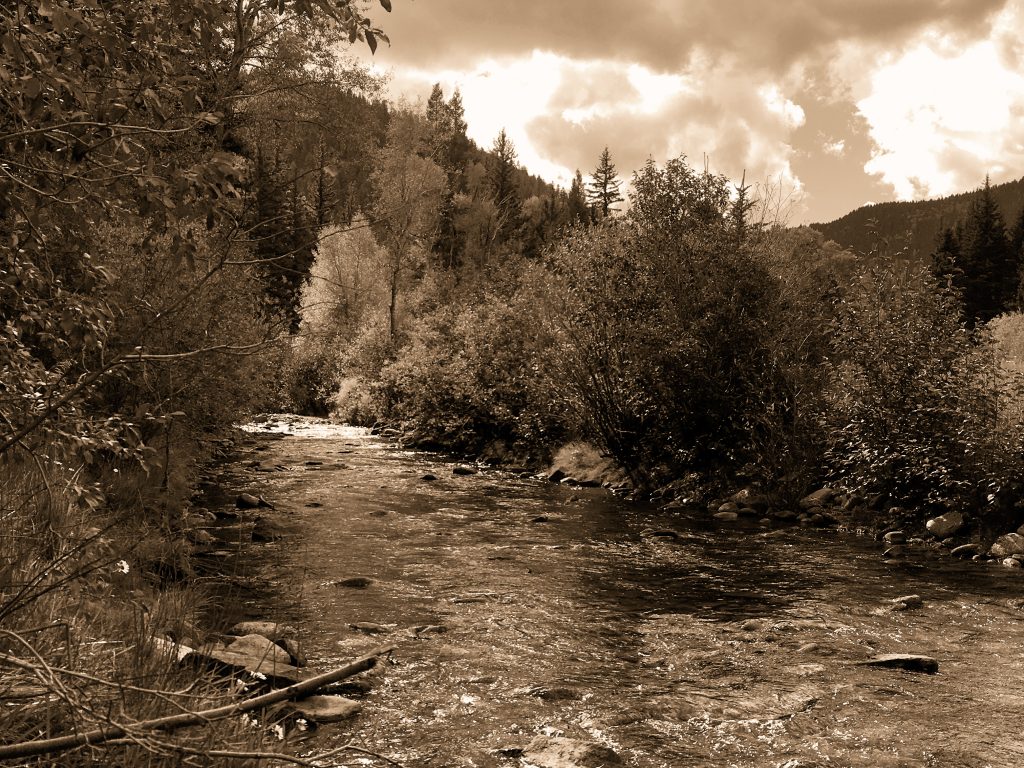 Almost stepping on his own words, he managed to ask Homer for permission to “do a baptizing” in his creek. The creek ran through the woods across the road from where we were sitting. I knew it well and had spent hours fishing and walking along it. I was getting ready to baptize two of the boys in our church there in a couple of weeks during the centennial celebration of the town.

When Homer spoke, there was a theatrical gravity in his voice and he thickened his accent a bit. ““Well, boys,” he said, “We need to stop and think about this.”
The men looked startled.
“You see,” he said, holding up one finger, “my creek runs into the city lake.”
“Yessir,” the man said. “We know about that.”
“Alright, but have you really thought about it?” Homer asked.
Puzzled, the men looked at each other and then back at Homer, who slowly made his point.
“You see, the city gets its drinkin’ water from the city lake.”
The men nodded, oblivious on to where Homer was taking them and that he was being playful.
“You go washin’ your sins down my creek… and into the city’s water supply… Well…”
He paused a moment, watching their reactions and bumping the side of my knee again.
“And, well…” he continued, “I just don’t know how people are gonna to take that. When they find out, they could get a might upset.”

The perplexity in the men’s faces was obvious.

After conferring quietly, the leader of the group admitted to Homer that what he was telling them hadn’t occurred to them and promised that they would “deeply ponder it.”

Without another word, they quietly got back in their car and drove away, leaving a pale haze of dust hanging in the air behind them.

Surprised and a bit bewildered by what I had just witnessed, I did my best to keep from laughing out loud.
“No sense of humor,” Homer said, shaking his head and taking a sip of tea as he looked off into the distance. “One of the biggest problems in the world. If they’d stayed long enough to hear me out, I would have told them yes. Most folks take things far too seriously.”

As the sun was setting, he told me more about himself and about some of the struggles in his life, adding that he was sure he wouldn’t have gotten through them if he hadn’t been able to laugh.

When I first met him, his sternness reminded me of my father’s. The two of them even looked alike. Watching Homer being playful that afternoon on the porch, I realized that I still had a lot to learn.

For decades, I’ve been grateful for the gift he gave me.

Taking a cue from Homer, it might be good to play with week’s Beautiful Questions instead of taking them too seriously.

Question One: What makes you laugh?

Question Two: What pressures might you release today as you choose to look at what is happening through the lenses of laughter and humor?

Question Three: As you become more intentional about being mentally, emotionally, and perhaps even physically lighter, what changes do you notice?

As always, I look forward to hearing your responses. Write and tell me about them.