We waste so much energy angrily holding on to things that have long been over. And when we do, we suffer for it and so do the people around us.

Join me this week as we consider the true meaning of forgiveness and simple steps for allowing ourselves to let go and move on. Stay with me.

Forgiveness isn’t always offered in response to something harmful or a wrong that’s been done. Once in a while, it comes in ways that can surprise us. Early in my career as a commercial photographer, I worked hard every day to keep my new business alive. It was during that time that I was offered the grace of forgiveness in a way I’d never experienced or understood before. I had so much to learn.

I owed money to a number of people, including the businesses I depended on for film and processing and equipment and supplies. As a result, I was constantly juggling the little I had to keep the wolf away from the door. When the phone rang, my heart would often race as I wondered who might be on the other end of the line. Since it would be another year before I could afford an answering machine, my only options were to ignore the phone and let it ring or answer it and face the music. More often than not, integrity dictated that I answer it.

When it rang early one winter morning, I took a deep breath and picked it up. As soon as he spoke, I recognized the voice of Dr. Stacy Cole, my dentist at the time. We’d known each other since high school. “Scott,” he said, “it’s Stacy. I want to talk to you about your bill.”

Aware that I owed him more than a thousand dollars for work he’d done, I swallowed hard and began offering excuses. True to his nature, he listened patiently, then interrupted me, quietly asking me to stop and hear him out.

Sweating, I stopped and listened.

“Every year between Thanksgiving and Christmas,” he said, “I sit down and look at all my accounts. And every year, I pick half a dozen of them and forgive them.” I’d never heard the word “forgive” used in that context and it took me a while to grasp what he was talking about. “Yours is one of the bills I’m forgiving this year,” he said. “I called to tell you that you don’t owe me anything.”

“I owe you over a thousand dollars,” I told him.
“No,” he said, “Your bill is forgiven. You owe me nothing. Not a dime.”

I had tears in my eyes as he explained that he would continue to be my dentist but from that day forward, I’d pay for the work he did as we went along. There was a lightness in his voice when he said, “I hope you have a Merry Christmas,” and hung up. 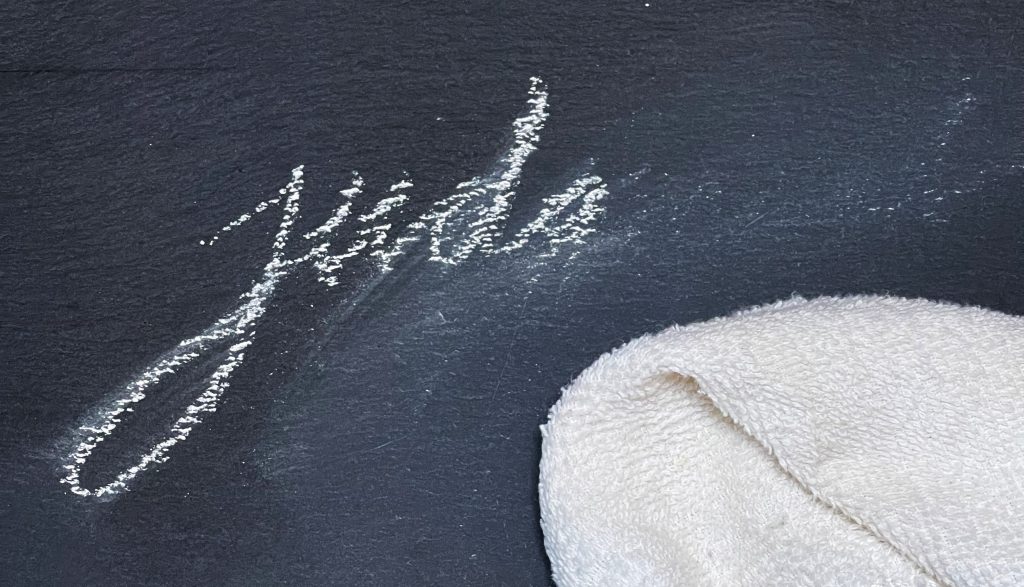 It took Stacy’s generosity to show me another view of what forgiveness is and what it isn’t. It isn’t necessarily about absolving someone of their guilt for a crime or an intentional wrongdoing. It isn’t an acknowledgment that what happened is ok. And it certainly isn’t about forgetting. Real forgiveness is about wiping the slate completely clean as though what happened never existed.

Take a breath and let that sink in for a while.

In its simplest form, forgiveness is about the grace of letting go. Our word “forgive” comes to us from the Old English word “forgiefan,” meaning to “give away” or to “thoroughly release.” But as you already know, many people find letting go to be something of a challenge.

Have you even known someone who held so strongly to an offense or to their ideas about the offense that they refused to let it go and felt constant distress about it? I probably don’t have to tell you that by doing so, they punished themselves harder than anyone else.

Sadly, I know that paradox from the inside out. For longer than I care to think about, I revisited a particularly harmful event in my own life, going over and over it in my mind. As I did, my emotions about it grew stronger, not weaker. Part of the irony is that the ones who carried it out never felt any of my anger—not a bit of it. For all I knew, they may have died. Decades had passed, but there I was, perpetually fanning my emotional flames and feeling more and more miserable in the process.

By the time I figured out what I’d been doing, there was no way to calculate how much mental and emotional damage I caused myself or the people around me. But I can tell you that the day I finally chose to “let all of it go and move on with my life” was the first time I felt truly free of it since I was nine years old. It was also the day I discovered that despite what I had convinced myself about it, freedom is self-bestowed. Let me say that part again… Freedom is self-bestowed.

If you want that kind of freedom, and you’re willing to take a cold, hard look at your habits of holding on and letting go without judging yourself, I have a few questions for you to consider.

What have you been holding onto that’s keeping you stuck where you are?

How long have you been clutching it and how tightly?

What have you been telling yourself to justify that behavior?

What damage is holding onto it causing you or causing your relationships?

Are you willing to take control in a new way and do something, even if it’s a small and simple step, to create a change for the better?

In fact, are you ready to liberate yourself at last?

Having gone through it myself, I can assure you of at least two things. The first is that taking such a definitive step isn’t as hard as you may have convinced yourself.
The second is that there is true personal freedom on this side of forgiveness.

So, to make that reality easier, not harder, I offer this week’s three Beautiful Questions.

Question One: For whatever “reasons,” what have you been refusing to let go of and forgive?

Question Two: If you were free to do it, who or what would you forgive today, and how would you carry out that forgiveness?

Question Three: After you’ve let go of whatever it was, what might you do to figuratively “draw a line in the sand” and let yourself know that you are on the freedom side of forgiveness and no longer stuck on the punishment side?

I look forward to hearing your responses to this week’s important questions. Write and tell me about it.