We’re naturally drawn to the eclipse of the sun or moon. We find those events to be beautiful and mysterious. Unfortunately, we also have a tendency to eclipse ourselves, blocking our own light.

Join me this week as we consider natural eclipses and the unnatural ones we impose on ourselves and others, and how we might go about getting out of our own way. Stay with me. 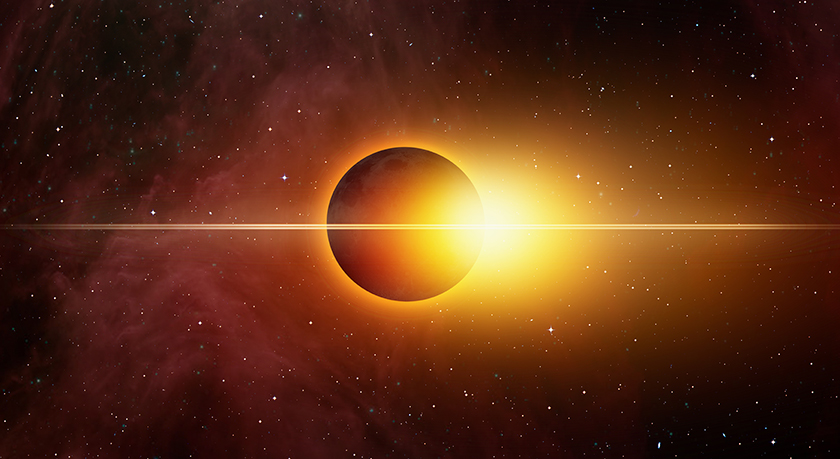 In astronomy, an eclipse takes place as one celestial body passes between another celestial body and an observer. When that happens, we can’t see to the light emanating or reflecting from the body that’s been blocked. The light hasn’t been extinguished or eliminated but is hidden or partially hidden.

That makes me think of how we block or “eclipse” ourselves.

In a previous episode, I shared my long-running fascination with the phrase, “In my own way.” It can be translated two different ways, one of which relates to being eclipsed. The primary meaning is about doing things in the way that is the most natural for us. For example, I don’t walk in the same way or with the same gait my father did. I walk at my own pace and in my own way, a way that is particular to me.

Consider the natural luminosity built into us. Since we’re made of light energy, it’s natural for us to be radiant in the way we think and feel, and in the ways live our lives. Our light shows up in our innate creativity and kindness and generosity and is certainly found in our innate sense of humor. It’s also be found in our intelligence and courage and in our abilities to learn and grow and live expansively.

When we’re living in ways that are natural to who we are, that light is brilliant in us and easy to see.

The other meaning of “in my own way” has to do with blocking ourselves or putting obstacles in our own path. Think about some of the times you’ve thought or done things that prevented you from living well.

How many times have you eclipsed the light that is natural in you by covering it over with false beliefs or negative ideas or limiting behaviors? How often have you failed (or refused) to see yourself as valuable or worthwhile? On how many occasions have you looked at someone else through the darkened filters of anger or frustration or resentment or unforgiveness?

In each of those cases, the light that you are was eclipsed by something you generated, probably beginning with what you were thinking, either consciously or unconsciously. When we do that, we’re playing small, taking up far less space than is naturally ours.

Some time ago in conversation with one of my sisters, she described seeing the thin sliver of a rainbow as it slipped through a hole in the clouds. She said it made her think of how much we block the beauty and the light inside ourselves when we allow others to see only a small portion of it.

Her insight caused me to take a deeper look at some of the self- eclipsing I’ve done over the years. There were so many times when I blocked my own light out of the fear of being judged or ostracized, or because I was afraid of being shunned or rejected. More often than that, though, it was because I couldn’t see or accept the light in myself and acted in ways that were darker and much less authentic than my true nature.

Regardless of why I acted in the ways I did, the results were invariably the same. In those moments, my engagement with other people was less effective and far less kind than it could have been. Added to that, by playing small or by being small-minded, I blocked myself from living from the inner richness that is available to each of us in every moment.

Coming to terms with how I had behaved and acted eventually led to self-forgiveness and self-acceptance, not to mention living in more relaxed and healthy ways. The truth is, we weren’t created to be eclipsed by ourselves or anyone else.

We were born to live richly and expansively, yet how many people I counsel share with me that they don’t see or feel or accept their own value and the natural radiance that comes with it. And how many of those same people have come to understand that they’ve unnecessarily eclipsed by themselves or have been eclipsed by someone else?

That brings us to this week’s Beautiful Questions.

One: To the degree that you know it, what have you done or are you doing now that blocks the light or the goodness in you?

Two: What keeps you from seeing and treating others as they really are?

Three: What might you do this week to remove some of the obstacles you’ve placed in your own way and live more authentically?

I look forward to hearing where your considerations take you. Write and tell me about them.